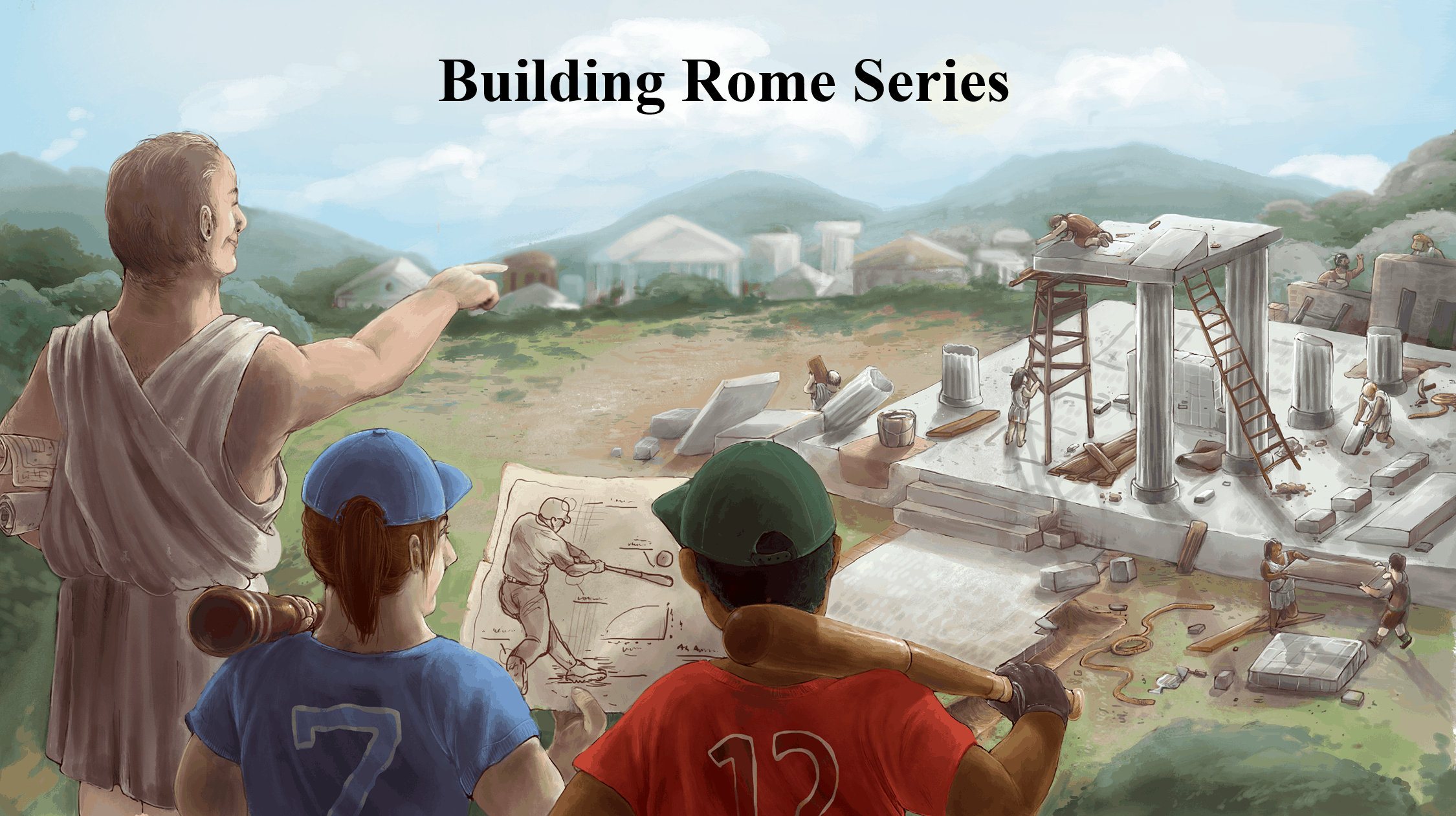 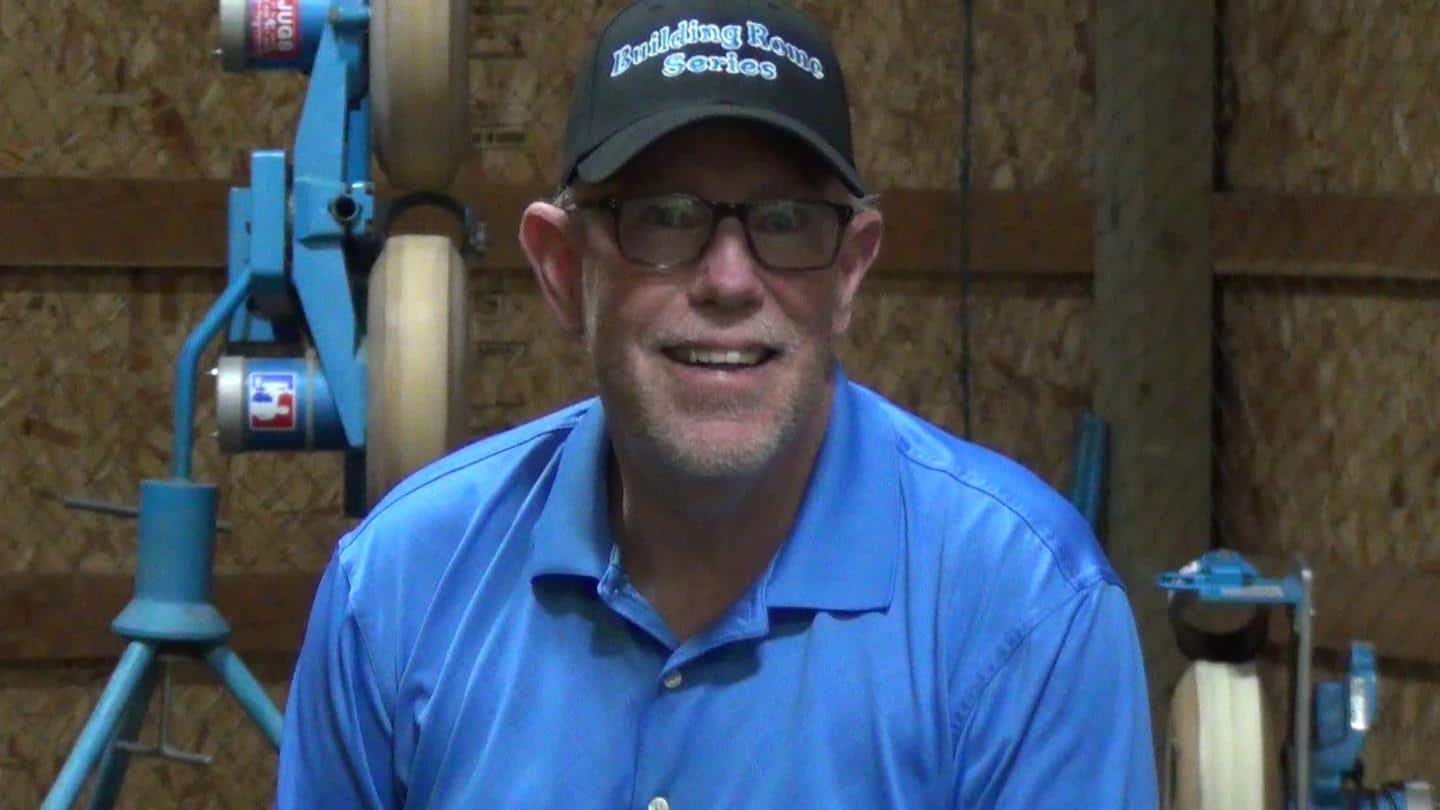 In this post, Building Rome Series shows you 4 concepts and 4 drills to help your young hitter overcome fear of being hit by the pitched ball.

Most young hitters are afraid of being hit by the pitched ball. It is a difficult stage, with short arms and short bats. The young hitter must stand close to the plate to hit the outside pitch solidly and consistently.

Moreover, young pitchers often do not have much control and may throw hard.

Unfortunately, these dynamics can have an adverse effect on the young player’s enjoyment of the game.

Concept 1 to Overcome Fear of Being Hit

The good news is the young, fearful hitter will mostly grow out of it before you know.

In the meantime, do your best to to keep the young player comfortable, having fun, and playing the game. Building Rome Series offers some helpful suggestions.

Concept 2 to Overcome Fear of Being Hit

Reduce Fear by Learning to Protect

To reduce fear of being hit by the ball, teach kids the correct way to react when the ball is coming at them.

Use lite-flite or wiffle balls. Begin protection training by throwing the safe ball at the hitter’s feet and legs. They will quickly learn they can jump back or over the pitch when it is on the ground.

Then, throw these same safe (foam) balls at the head with helmet on. The hitter should duck or pull back and let the ball go by. 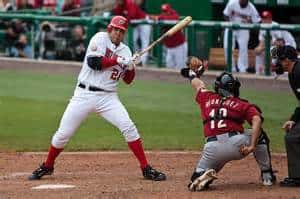 Lastly, when a ball is heading towards the hitter’s torso and there is no escape, have the hitter practice the following techniques:

If the hitter adjusts incorrectly, the coach can explain how opening up and backing away exposes the front of the body, and arms and hands.

Significantly, when a player feels they can react automatically to protect themselves, they will hit more confidently.

Concept 3 to Overcome Fear of Being Hit

Next, the coach or parent can strive to progressively build confidence by gradually helping the young hitter to overcome their fear.

Here is a deliberate practice routine to gradually ease fear:

Concept 4 to Overcome Fear of Being Hit

Make Compromises Between Fear and Fundamentals

As we have described in a previous article, setting up too far from the plate:

But, if we insist that our fearful hitter get closer to the plate to get more hits, then fun, comfort, and confidence can be affected.

The two following drills offer suggestions on how to compromise between fear and fundamentals.

Drill 3 – “Stride to Outside Pitch”

Here is a short-term compromise for the young hitter who stands too far away from the plate due to fear. That is, to take their stride inward, toward the plate. They should do this only when they identify an outside pitch location.

Here we see, when the young hitter sets up in a productive position from the plate, they stride away to keep a safe distance from the ball. Due to stepping out, the youth hitter can barely get their cap on the middle location machine pitch.

For sure, many less than productive habits, which can creep in during the younger years, can be attributed simply to fear.

Crucially, wiffle tosses are the best way to develop good habits, removing fear as an issue.

In this drill, we first ask the youth hitter to set up close to the plate. Next, encourage the hitter to stride directly at the pitcher, while keeping arms and hands tight to body for a compact swing. They are now developing fundamental swing habits.

A patient process of desensitization over time is the best plan.

Furthermore, overcoming fear of being hit by the ball requires time. Be patient, it will happen! These fearful kids will turn into fearless hitters in an amazingly short time.

Here are the thirteen videos and articles contained in The Beginning Hitting Series:

How to Fix Dipping Under the Ball

In the Building Rome Series of books, fundamentals are built step by step. Importantly, construction of skills are in functional order, providing a “roadmap” to becoming a great hitter.

All baseball and fast pitch softball players can “climb the mountain” to becoming a productive hitter. Enjoy the quest!