This Top Ten “Swing Under the Ball” Fixes article has been excerpted from our new book The Ultimate Hitting Training Guide (click for book details). 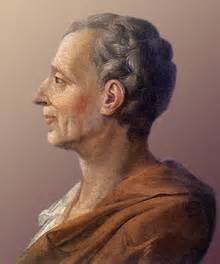 Philosophy can be defined as “a set of ideas about how to do something or how to live.” (Merriam-Webster, 2015)

As the developing hitter progresses through the construction of their “Rome,” Philosopher Lessons provide ideas for making improvements.

Let’s now get to know our Roman Philosopher. Even though our Philosopher realizes the ultimate purpose of seeking knowledge is to help others, he finds it very difficult to tear himself away from his studies. But, ever so often, he agrees to take a moment to assist in the training of Roman citizens.

Our Philosopher ranks, from most common to least, the ten reasons developing hitters miss under the ball and the fixes for each.

#1 Swing Under Reason (By Far) – Faster and More Level Pitching

There are two concerns when developing hitters bump up in the level of play and face faster pitching. The first is very apparent. Since pitching speed is faster and the ball arrives sooner, the hitter adjusts timing to compensate.

The second concern is usually more impactful. The faster pitch arrives at the plate at less of a downward trajectory than the slower. A more level pitch, not late timing, is the primary reason hitters strike out when facing faster pitching. Typically, the entire team is consistently swinging under the pitcher with better than the average velocity.

It is useful to recognize how the brain establishes patterns. To bring the bat into contact with a flying ball, the brain sends thousands of impulses to muscles in a matter of milliseconds. Automatic patterning is mandatory – thinking is too slow.

Generally, developing hitters are accustomed to the steeper downward angle of the slower pitching speed they face in practice. When the pitch comes in faster and more level, the brain must establish a new pattern since the old model assumes a more downward trajectory; the mind must be taught how to bring the barrel into contact with the more level pitch.

Here is an analogy that might help training. Imagine the brain as a cornfield. There is only one path through the cornfield for most developing hitters. While this path is vast and well-worn, it is for one trajectory of pitch. There is no path for more level (or more dropping) than average pitching speeds.

A re-patterning training plan shortcuts the process of training the brain, more quickly creating a new path in the cornfield. The hitter dedicates four practices to pitching speeds at least five mph faster than average game speed. Crucially, there is no need to force a mechanical swing change. And generally, unless the hitter is “dipping” or “hitching,” there is no need to get hands higher.

The hitter swings with their baseline swing but aims the barrel higher.

To avoid a frustrating practice of swinging under every faster and more level pitch, especially pitches up in the zone, the hitter “teaches their brain” (click to learn how the brain changes when you practice) by focusing on:

Re-patterning is complete when the hitter can resume aiming at the middle of the ball, and line drives result. Re-patterning for faster pitching can be a long process if the hitter’s practice routine continues to include repetitious slow tosses, machine, or BP. Creating and maintaining a “new path through the cornfield” requires walking that path regularly.

The hitter only creates new pathways in the cornfield by frequently “walking that path.”

Often, developing hitters drop the rear shoulder below the front shoulder before hitting position is reached. “Dipping” is a consequence of tee ball and slow, dropping pitches in the early years. The hitter’s barrel habitually “dips” too low then uppercuts. Then, as pitching speeds increase, dipping results in frequently swinging under, especially for waist high and above pitch locations.

Purposefully practice fixing the hitting habit of dipping under the ball (click the link for tips to avoid dropping the barrel too early).

Hitters struggle with chasing the high fastball above the zone or swinging under the high strike throughout their playing careers. Through deliberate training, hitters can minimize the times they chase high non-strikes, swing under, or hit the bottom of the ball. 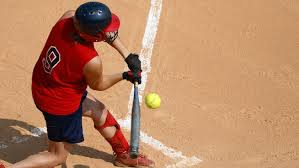 When the hitter’s head moves more than four inches past the center of their feet, towards their front foot, they create a downward swing plane, often resulting in swinging under the ball.

A stable spine angle during rotation is critical for vision, balance, and a consistent swing plane. When spine angle decreases, the hitter’s shoulders move away from the plate. The barrel path typically redirects below the ball slightly. Popups and missing under are more frequent for the hitter who consistently becomes more upright in their posture (pulls head) during swing execution.

Another common cause of swinging under is created by hitching hands to a point below the top of the strike zone. The habit of hitching occurs during the stride and separate (load hands) swing phase. Low hands at launch is a serious obstacle to productivity for pitches up in the zone. The hitter is unable to get on plane with the high pitch when their hands begin too low. Frequent misses under and fly balls are symptoms.

During the new season’s first hitting practice, hitters are often swinging under the ball – a rusty hitter typically swings under the ball. Hand-eye coordination can also become rusty later in the season when:

Due to undeveloped lower body techniques, the head and shoulders may drop as the swing executes. A lowering head is especially prevalent for developing hitters with more aggressive strides. The big strider must avoid getting too broad with their feet, causing the torso and head to drop substantially—train un-weighting the rear foot and dragging the rear toe forward a few inches before contact. From the pitcher’s view, the coach can pin the hitter’s head to a background and help the hitter practice their approach. The hitter’s head stays steady as viewed from the front.

At about age 14, some fastpitch softball pitchers have gained enough velocity to throw an effective rise ball. The fastpitch hitter makes adjustments to avoid a drop in productivity.

When hitters initially make a significant attack angle (swing plane) change (click the link to optimize launch and attack angles), it is common to see timing and barrel precision issues when facing game speed pitches. The best way to work through this initial discomfort is purposeful swings off a tee and front toss conducted between machine and live pitch sessions at game speed. The hitter needs to see game speed so they can practice applying the new positions and movements.