Fundamentals of Hitting the Rise Ball

This Fundamentals of Hitting the Rise Ball article is excerpted from our new book The Ultimate Hitting Fundamentals, Techniques, and Strategy Guide (click for book details).

The rise ball is a favorite “out” pitch for fastpitch softball pitchers.

Since fastpitch softball pitchers release pitches with an up trajectory, the upward spin (6-o’clock to 12-o’clock) of the ball may create a rising movement. Pitchers attempt to get the hitter to 1) “chase” an unhittable pitch above the strike zone, 2) to swing and miss under a high strike, or 3) to hit a catchable fly ball. 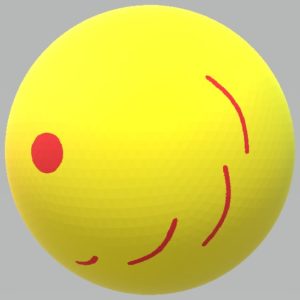 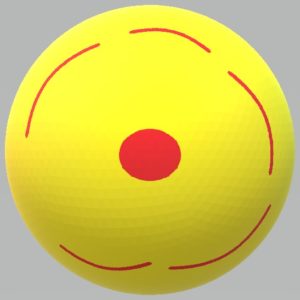 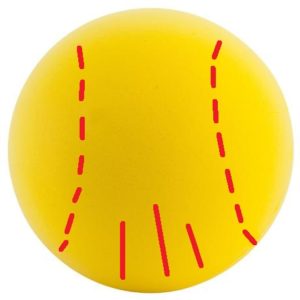 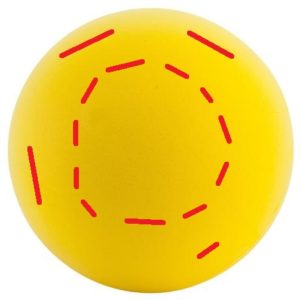 The rise ball is a tricky pitch to throw well. Poor spin occurs when the pitcher’s fingers spin the ball more on the side than underneath. The Magnus Force (see Stone XXXVII: Magnus Effect) generated from the poorly turning rise (screwball spin) causes the pitch to flatten from its upward trajectory given to the pitch at release and move slightly inward. With practice, fastpitch hitters can quickly identify the cement mixer spin of the flattening rise, with a dot or circle in the middle of the ball.

With good high pitch discipline and swing pattern, the ability to distinguish a hittable rise spin is very productive!

On the other hand, a sharp spinning rise presents a big challenge. If the dot or circle is on the side of the ball, indicating a well-spun rise ball, and thrown at least 60 mph, the pitch “lifts” a few inches higher than the upward trajectory given to the pitch at release.

The spin of a pitcher’s rise ball determines whether the hitter swings nearly level, as with a high fastball, or focuses on “getting on top” of the good rise. Here are the mechanics involved for each:

If a poor rise spin is recognized, the hitter utilizes high pitch fundamentals (see Dome XX: High Pitch) with a +3 to +7 attack angle. Any rise heading for the top of the strike zone can be swung at since the poor rise levels out as it reaches the batter. Discipline above the strike zone, like any high fastball, is critical.

The trajectory of the excellent rise as it arrives at the plate is slightly upward. To increase the chances of a hard-hit ball on a pitch with an elevating path requires the hitter to “get on top.” Here are three methods:

Just as the hands begin to move from behind the hitter’s rear shoulder, the hitter “throws a punch” with their top hand while forcing their bottom hand to stay back. These early, top hand over bottom hand (“rolling over”) mechanics drive the barrel up, over, and then in a slightly downward swing path as the barrel enters the hitting zone. Ideally, the barrel travels somewhat downward   (-5 attack angle) in the same plane as the lifting rise ball, thereby maximizing the margin of error and increasing the rate of hard-hit balls.

You may ask, what hitter should EVER rollover early? Three reasons: First, this is simply another distinct swing pattern to add to the hitter’s baseline – along with patterns used for low, high, inside, outside, and downward breaking pitches. Second, anytime the hitter can get their swing path on the same plane as the pitch, the contact rate goes up. Third, top-hand-over is not so hard. Deliberately practice this new swing pattern, so it becomes automatic, but only when a good rise ball is recognized (see Drills below).

A hitter who has mastered the top hand over swing increases HHB% (hard-hit ball percentage) against a great rise ball pitcher.

Plate Approach is Crucial for Hitting the Rise Ball

During pre-game warm-ups or within the first few batters, the fastpitch hitter identifies if the team faces a pitcher throwing a high percentage of well-spun rise balls. When facing a good rise ball pitcher, plate approach is crucial:

At least seventy percent of well-spun rise balls, released low with an upward trajectory, arrive at the plate above the strike zone.

It is challenging to lay off a pitch (erroneously) seen to be heading for a high strike. By purposefully practicing the “look low” strategy, the fastpitch softball hitter sees better pitches to hit and increases their percentage of walks (raising QAB%) when facing pitchers throwing rise balls predominantly.

Drills for Hitting the Rise Ball